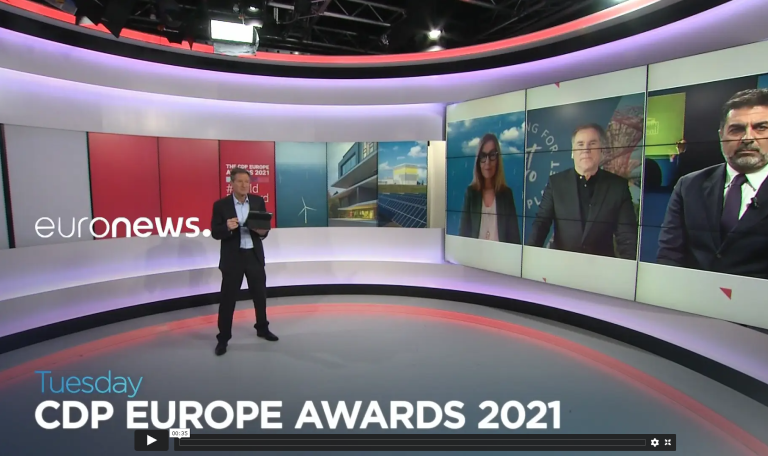 One of the most important events in the sustainable business calendar took place this week, with the CDP Europe Awards 2021 on 2 March. Every year, this brings together top-level business and political decision-makers to discuss how the EU’s 2050 climate neutrality goal can be achieved and rewards the world’s greenest businesses and cities with the CDP A List.

Communications around sustainability are a key specialism for Stampa, so we’re proud to be one of CDP’s PR agency partners in Europe, supporting it in the Benelux. As we discussed preparations for the 2021 Europe Awards, we were intrigued to hear how CDP plans to stage its high-profile event during lockdown.

By now, we’re all used to events moving online. But let’s face it, compared to the real thing, they are mostly a disappointing experience. Having staged its previous annual awards in illustrious locations such as France’s Ministry for Europe and Foreign Affairs in Paris and Brussels Town Hall, CDP didn’t want its biggest European event to suffer ‘death by Zoom’. So it’s chosen a novel tactic: teaming up with Euronews, Europe’s most-watched news channel, to produce the 2021 awards for television, open to everyone and free of charge.

Euronews is producing a 90-minute show that CDP broadcasted at 16.00 CET on 2 March on cdpeuropeawards2021.cdp.net. Filmed in Lyon, the programme featured contributions from German Chancellor Angela Merkel, European Commissioner Mairead McGuinness, Paris Mayor Anne Hidalgo, and Ambroise Fayolle, Vice President of the European Investment Bank. Euronews also produced a 26-minute edit of the award show to broadcast on its network.

“The urgent need to decarbonise our economy and secure our natural resources has always helped us attract top-flight speakers to the CDP Awards, backed by strong research based on CDP data. Our agenda is particularly important this year, as we focus on the urgent need for a green recovery after COVID-19,” says Maxfield Weiss, Executive Director of CDP Europe. “With this in mind, we wanted to maximise the impact of our awards with a different approach. Our topics are top of mind for business and political leaders across Europe, so we think a TV news programme is a fitting way to achieve maximum impact. We’re delighted to be working with Euronews and look forward to people tuning in.’’ 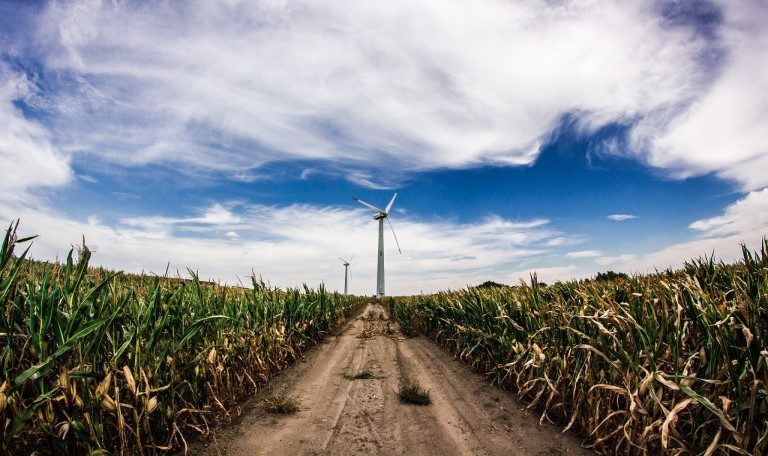 We were thrilled recently when our client TenneT – the grid operator in the Netherlands and much of Germany – won the FD Henri Sijthoff Prize for its 2019 annual report. This is the highest recognition for financial reporting excellence in the Netherlands, with the awards hosted by Het Financieele Dagblad, the country’s leading financial paper. Stampa’s talented team wrote and edited much of the award-winning report, as we have with TenneT for the last five years.

At Stampa, we find the world of green energy compelling and exciting. The scale, ambition and importance of the energy transition is like a new industrial revolution. The North Sea is fast becoming a giant wind power station for northern Europe. The task of generating that power, bringing it onshore and connecting it to our homes is mind-boggling. But it must be done, and fast, to meet the targets of the Paris Agreement.

Working with TenneT, and other clients in the energy sector, we are fascinated to tell the stories of how this revolution plays out, all the way from the turbines far out at sea to the new clean-fuelled boilers heating our homes. From hydrogen as a fuel that can carry and store renewable electricity, to crowd-sourcing power from the batteries of electric vehicles, the degree of ingenuity and innovation in green energy is astounding and growing all the time.

And as an agency with a strong track record in financial services, we can also see the impact of the clean energy revolution in the investment community. We are the proud Benelux PR partner of the much-respected CDP (formerly known as Carbon Disclosure Project), which helps thousands of companies, cities, states and regions measure and disclose their environmental impact. CDP’s rankings play an increasingly crucial role for businesses to attract investment, creating a virtuous circle as record amounts flow into ESG funds. Once a niche area of investing, the ESG market is now worth around $45 trillion.

That’s a story worth telling.