Lights, camera …audio? How not to spoil a good video with bad sound 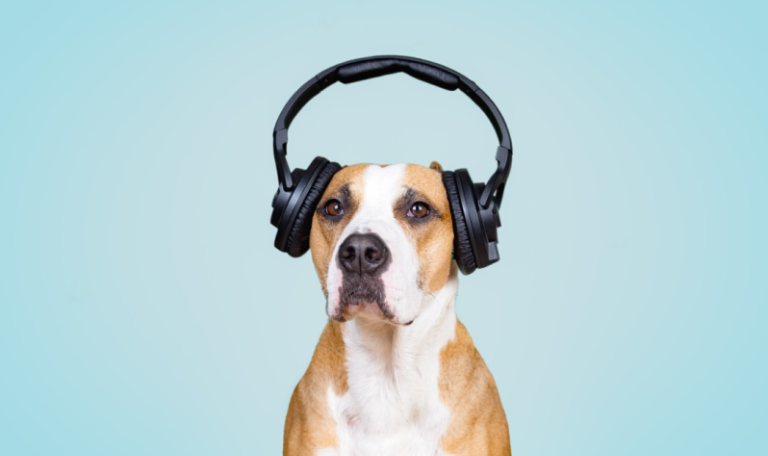 In these times of home-bound working, many leaders are using video messages to communicate with their employees. To hit the right note, they carefully craft their message, find a favourable angle, and assemble their bookshelf backdrop. But is anyone thinking about sound?

To hear top tips on how to get the best sound for your home-made video, we spoke to a leading sound engineer, Joost de Glopper, owner of Mixed by Joost audio productions.

“In your video message, you will want to be calm and show leadership. But if your sound is off, there’s noise in the background, or you are difficult to understand, what kind of message does this send? You want the total picture – video and audio – to support what you’re saying,” says Joost.

Without access to professional audio equipment, however, what can home-bound leaders do to get their message across loud and clear?

There are some simple tricks you can apply to improve the sound quality of your recordings:

Ultimately, says Joost, the best thing is to listen. “Just take a moment in silence to become aware of the sounds around you. There might be more than you think.” In the age of video messages, it’s time for audio to take centre stage.

PR should rise above the right to be forgotten

The European Court of Justice’s controversial ruling about the ‘right to be forgotten’ online is now in force. And what is one of the first examples we see of it being used to whitewash reputations? A six-year-old article by the BBC’s Robert Peston on a fallen Wall Street banker has been removed by Google from its search results.

And we have also seen the first businesses pop up to help people disappear into the online ether. For example, Reputation VIP allows customers to ‘control their online reputation’.

All of this has worrying implications for our industry. It raises a false impression that this most unworkable rule provides some kind of safety net for misbehaving corporations or loose-tongued executives – a chance to go back and redact unwanted comments or events from your public profile. Well, it doesn’t. As Robert Peston pointed out to millions of his followers today, you only have to search for his story on Google.com, as  opposed to Google.co.uk, and ta da…there it is.

The best way to treat this rule is also a lesson in how to manage your corporate reputation. Be proactive, not reactive. Rather than going back and desperately trying to wipe mistakes from the past, isn’t it better to avoid making them in the first place?

It’s the same as in a media interview: never say anything that you wouldn’t want to be quoted on. Don’t wait for a potentially damaging quote to appear in print and then try to have it struck from the record. Saying the right thing…and doing the right thing….will create a living history that will enrich your reputation in the real and online world.

There’s a good marketing mantra on this: ‘a brand is a promise’, meaning that everything a company says, and more importantly, does, should deliver on the values and promises of its brand. OK, no one is perfect, but surely going back and trying to brush wrongs under the carpet isn’t – by definition – a way forward?

So, it must be hoped that the corporate world doesn’t latch onto the ‘right to be forgotten’ as another tool in its communications armoury. Fallen popstars and disgraced politicians are one thing, but when we get into the realm of airbrushing online histories in the name of corporate reputation, then we have surely taken a wrong turn.

“You can publish this, but you didn’t hear it from me”.

“I’m only telling you this to help you understand what’s going on; you can’t use any of it.”

“This is how it really is, but I would never say so in public.”

Talking to the press without wanting anything to be published may sound paradoxical ‒ but it happens every day. An ‘off the record’ conversation can provide context, background about a transaction that’s in the works, or help ensure a complex matter is accurately reported.

But it’s a dangerous game. Even with the best will in the world, the journalist can all too easily genuinely mistake what’s being said on the record and what’s not. And why would you want to share confidential information with someone whose job is to sell news?

Journalists have various ways of dealing with ‘off the record’. Some may take care not to publish anything they’re told in confidence. Others won’t want to keep information secret if they think it’s in the public interest to know. Adding a juicy off-the-record tidbit can help a reporter secure the all-important scoop or front-page splash.

Sometimes reporters get pressured by their editor to add information you’d rather not see in print. And often a journalist will get another source to confirm the information on the record (which may have been your strategy in the first place – but that’s another story).

The microphone is always on

How about formal interviews with journalists or press conferences? Even experienced interviewees make the common mistake of thinking that they’re only really on the record once they’re sitting across from the reporter, the notebook comes out, the microphone goes on and the ‘official’ questions begin.
Everyone who’s been a journalist – including all of us at Stampa ‒ have seen that go wrong (or right, in the eyes of the scoop-hungry reporter). The CEO who says too much in the lift on the way up to the press conference, during small talk pre- or post-interview, or at a social event outside working hours. Not to mention the executive who drops his voice during the interview and says “Don’t write this down…”

Never forget: anything and everything you say to a journalist can eventually appear in print – even when (you think) the microphone or recording device is switched off, or they’re not taking written notes. There are legion examples of unguarded comments to friendly journalists becoming headline news.

If you really must…

So make sure everything you say to a journalist is information you don’t mind sharing with the rest of the world. If you still feel it’s absolutely imperative to go off the record, here are a few tips:

…but better not to

The bigger picture, though, is that telling a journalist is akin to making a public announcement, even if they don’t use the information right away. The bottom line: there’s no such thing as ‘off the record’. If you really want to keep something out of the news, keep your mouth shut.

Is it me who’s clever or you who’s stupid?

Speaking to journalists can be daunting, especially for people not used to the media spotlight. Media training can help, offering tips on how to get your message across clearly and consistently. But some people break all the rules – and get away with it. One is Dutch football coach Louis van Gaal, soon to be taking over the reins at Manchester United, who once remarked to a TV reporter: “Is it me who’s so clever, or you who’s so stupid?”

Such is his reputation among journalists that one Dutch reporter has drawn up a tongue-in cheek list of ground rules for his British brethren on the do’s and don’ts of interviewing Van Gaal.

“You will be patronised, looked at with disdain, and haunted by a constant doubt if Mr. Van Gaal is flat out making fun of you or being deadly serious,” writes Peter Zantingh in Dutch daily NRC Handelsblad.

His tips for British football journalists include not introducing yourself to Van Gaal, “or else he’ll know your name, remember it and use it against you”; not to repeat a question, no matter how cleverly disguised; to keep fact separate from opinion, which is difficult “as only Mr. Van Gaal can determine which are facts and which are opinions… your facts are opinions”; and finally: “It is not Mr. Van Gaal who has trouble speaking English, it is you, for not going along with his obviously much better interpretation of it”.

Van Gaal’s approach is a far cry from the tips and tricks you’ll hear in a Stampa media training. And usually we advise the interviewee rather than the interviewer. But we can only endorse the central message: when it comes to media interviews, forewarned is forearmed.

Click here to read the full article (in English) on NRC.nl.

When the 2012 US presidential campaigns for Barack Obama and Mitt Romney were in full swing, the spotlight suddenly swung onto the cream of the world’s media. News emerged that outlets such as the New York Times, Washington Post, Vanity Fair and Reuters were allowing campaign officials to censor quotes before publication.

“The quotations come back redacted, stripped of colourful metaphors, colloquial language and anything even mildly provocative,” an NYT article said. “They are sent by e-mail from the Obama headquarters to reporters who have interviewed campaign officials under one major condition: the press office has veto power over what statements can be quoted and attributed by name.”

The shock element was that such powerful international news outfits had agreed to this practice, which was called ‘quote approval’. In countries like the Netherlands, it’s standard practice for journalists to interview people and then to submit the quotes for approval before the article is published.

That may sound appealing: but it’s a double-edged sword for interviewees.

The upside is that you get the chance to correct any inadvertent mistakes made by journalists before your quotes appear. Friendly reporters may even agree to beautify or even remove things you’d rather have said differently or not at all.

The far steeper downside is that it can lure you into a false sense of security during the interview. Instead of carefully watching your words– censoring yourself, if you like – you become loose-lipped in the belief that you, or more likely your comms department or PR agency, can persuade the reporter to scrap or smarten up your quotes after the event.

Say what you mean

You risk shooting your mouth off and so revealing sensitive information, speculating dangerously, or phrasing things in a way that may harm your company’s reputation. And then getting into a ‘discussion’ with the reporter (with you perhaps uttering the taboo yet oft-heard words “Yes, I know I said that, but it’s not what I meant”).

The reporter may then change their copy to suit your wishes – but your relationship with them may be ruined for good. Or they may refuse to adjust the wording – which is their prerogative. This is not internal communications, where the C-suite gets to micro-manage quotes attributed to them. Submitting quotes for checking is a journalistic courtesy, not your legal right. For journalists it’s about the accuracy of their (repeat their) story. Corporate communicators call it ‘quote check’; reporters call it ‘fact check’.

So remember: you have zero control over what a journalist writes, but you have 100% control over what you say. Even if you know you’ll get the quotes for review, pretend to yourself you won’t. Prepare yourself and your messages fully. Know your story, your facts and figures, your examples and anecdotes. And think hard before the interview about the sticky questions you’re likely to get, and how to field them.

Once the questions start coming, stay calm and think very carefully before you answer. Only say things you are happy to be quoted on. If you think all this is easier said than done, rehearse. Get some media training that grills you with nightmare questions until you’re bathed in sweat. Chances are the real interview will then seem like a breeze, and the only person you’ll want to censor is yourself.