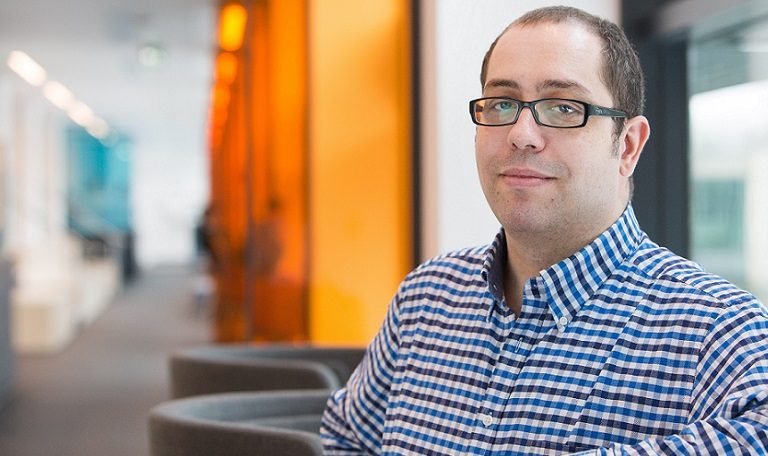 Pharmaceuticals giant GlaxoSmithKline (GSK) has consolidated all its newsletters into one targeted and tailored email, sent to staff worldwide twice a month. Joe Lees, channel manager in the communications and government affairs department, tells us about this highly ambitious project.

Joe, how did you end up in corporate communications?

After doing a degree in media production and technology, I got a job as staff writer on technology magazine PC Plus. From there I went to B2B distributor Computers Unlimited, working first as a copywriter for catalogues and later as a production manager. That was initially all about print, but I later became immersed in digital design as I coordinated a weekly email update.

After that I moved to an agency, where I ran a team of designers and developers and managed internal communications projects for clients including GlaxoSmithKline. After seven years, GSK invited me to move in-house and in 2016 I became a channel manager in the communications and government affairs department at GSK. My role is to be a business partner to the internal comms team, making sure people in the department get the most out of the communications channels we have.

How was it moving from agency to client side?

In a way it wasn’t a huge challenge because I already knew GSK well, but it immediately became clear to me that even as an agency embedded in the company, there are things you can’t fully grasp. For example, I hadn’t completely understood how core GSK’s values are to everything the company does. Understanding that was like someone turning on a light in a dark room.

I found the move in-house rewarding because I could now implement and influence outcomes more. I have more of a voice to say we should go in a certain direction; more of a hand on the steering wheel. But I do think an agency background is valuable: it helps you bring an external view and question stuff more. I’m constantly asking if things meet the objectives they need to meet.

It’s a huge amount of work: we have a team of around seven people working pretty much constantly on this

Tell us about GSK’s all-company newsletters.

Every two weeks, we send out an e-mailed newsletter using Poppulo software to all GSK employees. We have around 200 contributors to the newsletter – a broad range of people who are either full-time communicators or are based on one of our sites with comms as part of their responsibilities.

Every issue of the newsletter contains an average of around 200 articles, but we carefully segment by countries, departments and disciplines so that each reader sees no more than seven to 10 articles in their tailored newsletter. Each item is around 100 words and includes a call to action and link to a fuller story on an intranet page.

It’s a huge amount of work: we have a team of around seven people working pretty much constantly on this, including a dedicated editor-in-chief. We’re never not producing an issue: as soon as we finish one, we start on the next.

Why did GSK move to a unified newsletter?

Around 2015, our then-CEO Andrew Witty had a meeting with country managers at which they said there was too much email, too much noise that it was hard to cut through. The Consumer Healthcare division led the charge on this in 2016, gaining the backing of our head of employee engagement for a plan to reduce noise and increase engagement. They trialled Newsweaver (now Poppulo) for a newsletter and gradually moved to roll out a global unified newsletter for their division.

We then went a level further to implement this company-wide. Instead of a plethora of newsletters – I think there were around 40 at that time, some of them as big as 50 stories per issue – we wanted to put the most important news front and centre in a mailing that had a consistent look and feel and tone of voice.

This meant axing dozens of smaller internal newsletters. Was it hard to persuade people to give them up?

It was definitely interesting to get people to change their existing process and adopt ours, decommissioning their own newsletter in the process and losing their own look and feel. Having the head of employee engagement spearhead this did help us overcome any resistance. That said, most contributors were willing to give this a try.

With 200 contributors based in different timezones and speaking different languages, simply coordinating them is the biggest challenge we have

How does the process work?

Before anyone becomes a contributor and gets access to our Poppulo account, we give them a special onboarding session to train them on our editorial process, editorial guidelines, tone of voice, and so on. We do these sessions every fortnight.

Every two weeks we have Editorial Board meetings, held the day after we send out the newsletter. At these meetings, we review how the last issue went, and plan the global and business news content for the next issue. This accounts for around half of the articles: the other half is local news contributed by the local units either in English or their own language.

What have the major challenges been?

With 200 contributors based in different timezones and speaking different languages, simply coordinating them is the biggest challenge we have. The dedicated editor role is key to making it happen.

Having a mixed-language newsletter is sub-optimal but we simply don’t have bandwith to translate 200 stories into the nine or 10 languages we need. Machine translation out of English is not good, so we’ve found a compromise. The newsletter shows readers news in their own language first, to prevent non-English speakers disregarding the whole publication.

There’s actually been an unforeseen benefit of allowing people to contribute in their own language. It’s helped us establish a strong global network of communicators who have a stake in what we are doing – connnections and relationships that will help our work in the long term.

How about measurement. How do you measure success?

I can’t emphasise enough how important measurement is. The fact the Poppulo system enables us to do very detailed measurement in customised reports was a major incentive for people to get involved in what we’re doing.

We’ve taken the metrics and fed them into an IC framework that can compare numbers for intranet engagement. This gives us a much more broad-based and granular view of engagement. We tag stories to strategic objectives so we know which kind of articles our audience likes and which they find less interesting. These valuable insights help us maximise our communication efforts.

And how has your success measured up?

I’m delighted that 93% of employees surveyed say the newsletter helps them understand our strategic objectives. When we did a special newsletter on our corporate results, 98% of respondents said they liked having their email news consolidated into one. So the overwhelming feedback has been positive.

Any advice for other companies wishing to make a similar move?

Think carefully before you take the plunge: it’s a vast amount of work. First look at your situation and ask whether this would really move the needle. Do you have so much noise that consolidation would make sense? If so, look at the size of your envisaged newsletter and ask if your organisation is big enough to merit it.

If you do decide to go down this route, solid planning is crucial. Before we launched in November 2016, we spent months planning and prototyping, and did three rehearsals over a six-week period, carefully putting together full-scale newsletters as rehearsals.

What has this project meant to you personally?

When I worked on print magazines, it was great when a 200-page issue came back from the printers: that new print smell and satisfaction of creation. This has been similarly rewarding for me. Late nights with coffee, pizza and music playing – a close-knit team, just like the agency days, overcoming challenges and getting it done, is hugely satisfying. 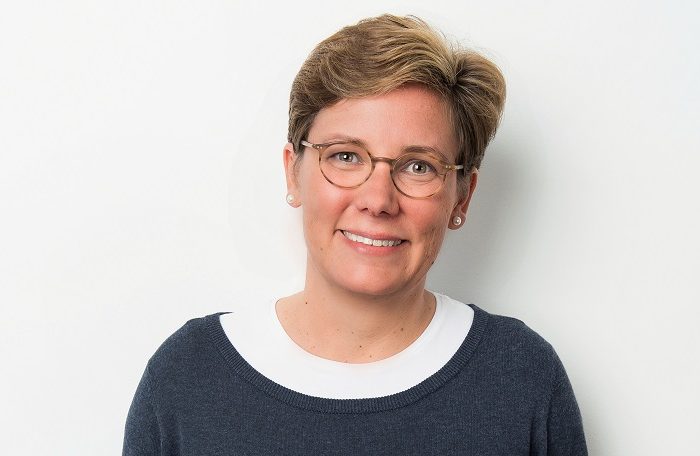 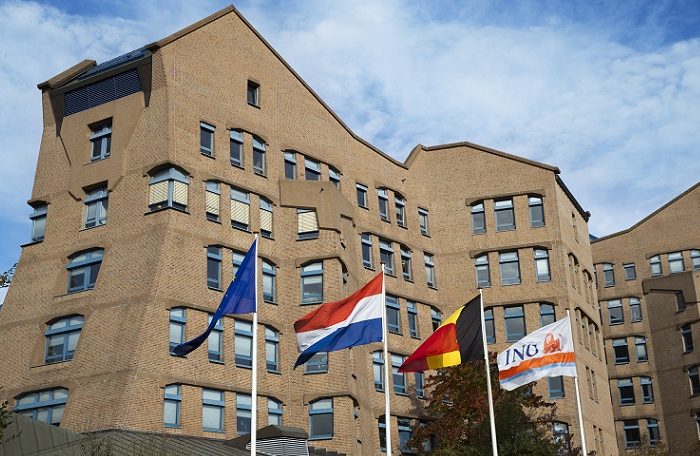 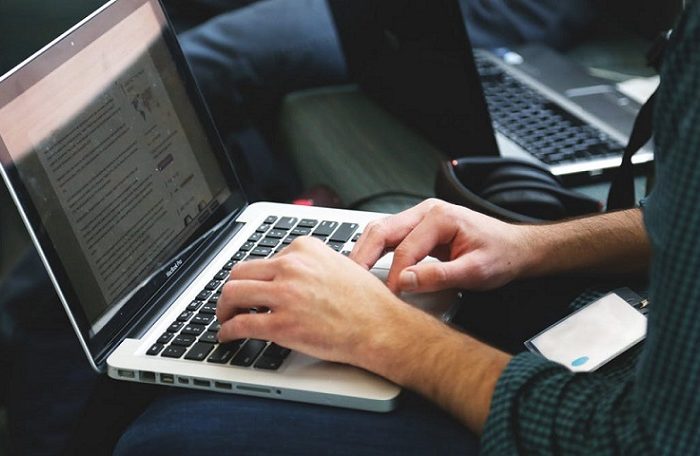